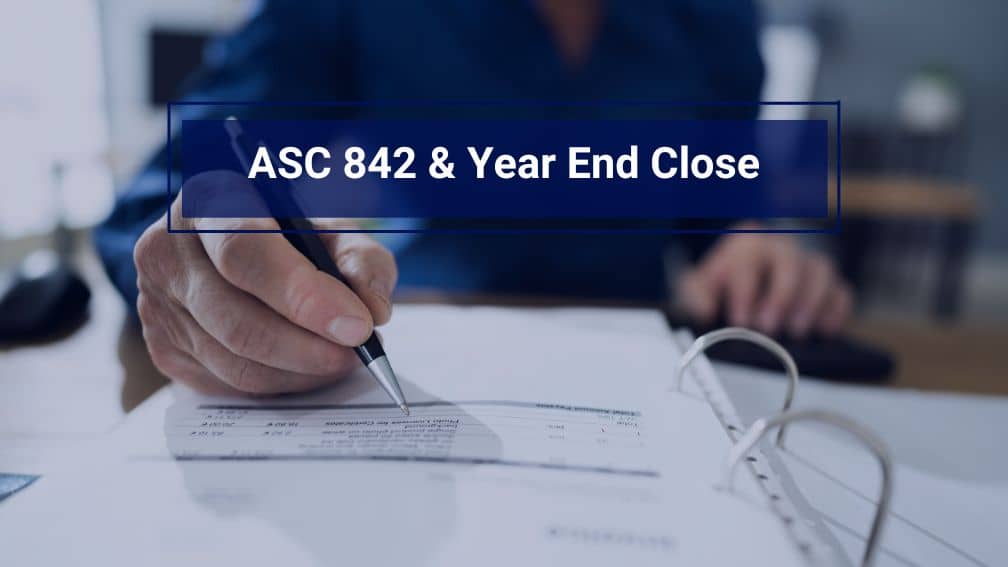 For accounting teams and finance groups, year-end close is one of the busiest times of the year. Closing out the fiscal year and preparing year-end financial statements will be significantly different for many companies this year, as it will be their first year-end close under ASC 842, the new lease accounting standard.

As you work through your end-of-year accounting treatment under ASC 842, it’s important to remember that the new standard was adopted to increase transparency into your financial position and balance sheet. This means leases previously reported off-balance-sheet are now recognized on the balance sheet, and more disclosures in financial statements are required.

With that in mind, here’s a quick primer on what ASC 842 is and how it became the new lease accounting standard.

Formally known as Accounting Standards Certification Topic 842, ASC 842 represents what is perhaps the most significant change ever to how leases are accounted for and reported. The new standard took place on January 1, 2022, for private companies and nonprofit organizations in fiscal years beginning after December 15, 2021.

ASC 842 is the end result of years of effort by the Financial Accounting Standards Board (FASB) to streamline accounting and reporting standards for leases. The most significant change to financial statements is the requirement that all leases be recorded on the balance sheet. The only exceptions are short-term leases, which ASC 842 defines as leases with terms of 12 months or less at the lease commencement date.

Under the previous ASC 840 standard, operating leases were disclosed in the notes section of a financial statement. ASC 842 introduces the requirement for lessees to record a “right-of-use” (ROU) asset for leased assets, along with a corresponding lease liability, effectively bringing these leases to the balance sheet for the first time.

What Do Companies Need to Know About ASC 842?

Public & private entities will have to navigate the ROU asset and lease liability of their entire lease portfolio under the new leasing standard, ASC 842. The biggest changes to financial reporting is the material impact on key financial ratios. It’s easy to comprehend the impact the new operating lease accounting will have. Even before ASC 842 was finalized, it was estimated that these changes alone would add $2 trillion of lease liability to S&P 500 balance sheets.

But, as with most accounting standards as thorough and complex as ASC 842, the devil is in the details. Since every company is different, the overall impact of ASC 842 to balance sheets and year-end financial reporting in your organization will be unique to your organization. There are, however, some universal provisions of ASC 842 that apply to all entities.

Chief among them is the classification of leases. Under ASC 842, leases are classified as operating leases or finance leases (formerly known as capital leases). While the accounting for operating leases is significantly different than under the previous standard, ASC 840, the good news is that accounting for finance leases is largely unchanged. In this regard, the biggest change in ASC 842 is standardizing the name for these leases as finance leases, doing away with the capital leases terminology.

As accountants prepare for year-end financial reporting and lease accounting changes 2022, lease classification is one of the more critical tasks to be done. Not only should leases be appropriately identified as finance leases or operating leases, but also some effort should be put into evaluating whether all contracts are leases.

ASC 842 defines leases as contracts, or portions of contracts, that grant control of an identifiable asset for a specific period of time, in exchange for payment.

Contracts clearly titled as leases are the easiest to identify. But as the definition above suggests, leases can also exist within other contracts. This is called an embedded lease, and these need to be accounted for in accordance with ASC 842 guidelines.

With all leases adequately identified, classified, and recorded on the balance sheet, lease accountants can turn their attention to disclosures. After the accounting changes, required disclosures represent the next biggest impact on year-end financial statements.

Preparers of financial statements must disclose information regarding the nature of a lease, including the following items:

Information concerning leases that have not yet commenced but that have significant rights and obligations for the lessees must also be disclosed.

A company issuing its financial statements under ASC 842 for the first time should include the company’s final ASC 840 disclosures of future operating and capital lease commitments. This should reflect commitments as of the last balance to which ASC 840 applied. These disclosures must be carried forward and presented by the company in all interim and year-end financial statements issued for the first year of ASC 8420 adoption.

ASC 842 also requires lessees to disclose how they determine the discount rate for their leases. This includes any assumptions and judgments made in discount rate determination. In nearly all cases, the discount rate will be the same as the lessee’s incremental borrowing rate (IBR).

The lessee should disclose information relevant to how the IBRs were determined in the measurement of its leases. This would typically include information about what inputs were used and what adjustments were made in estimating those rates.

Additionally, lessees must provide separate maturity analyses of both finance and operating leases.

ASC 842 does not address how lease accountants should reconcile the lease expense to the lease payments in the reconciliation of net income to net cash flows. To be in line with GAAP, lessees generally recognize a straight-line operating expense. However, under ASC 842, that straight-line expense is now made up of two components:

As ROU asset amortization is non-cash, an adjustment to reconcile net income to net cash flows from operating activities must be made. Adjustments to net income and changes in net assets should be clearly identified in the reconciliation process.

When you face changes to established accounting practices, it’s never easy. The ASC 842 impact on end-of-year accounting has proven exceptionally challenging for many organizations.  In addition, the pinnacle for many organizations is preparing for your audit under ASC 842. When you combine all the new requirements with the specifics of your company’s lease obligations, it can be difficult to know if you’re making the right decisions for accurate balance sheet recognition. That’s when you need a comprehensive lease accounting solution that can simplify the entire process of recording, accounting, and reporting.

Occupier offers solutions that make managing the lease accounting lifecycle a breeze. With Occupier, recognizing every lease, closing the books every month, and successfully managing the end-of-year accounting and close has never been easier. You and your finance team also gain the peace of mind that comes with maintaining compliance with ASC 842 and having confidence in your financial statements.With Occupier’s intuitive and innovative tech stack, your teams spend less time studying the new standards and more time collaborating and strategizing. Request an Occupier demo today to find the solutions that fit your unique business.